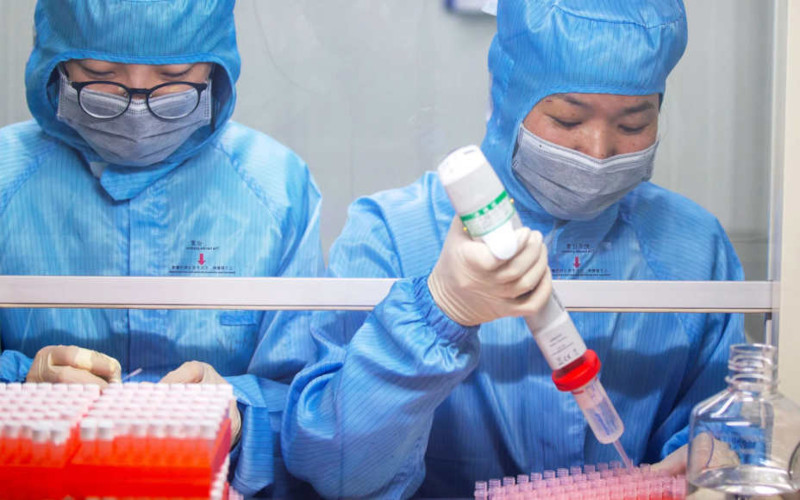 In regards to Covid 19 research most of the people you see commenting on or discussing “COVID” on the internet, the vast majority of them, even medical and scientific-type people, have never looked into this sort of thing until now.

Most of them have no knowledge or understanding of pathogenic organisms, infectious diseases, mold infection, C-diff, deficiency-caused infections, Vitamin C, GI microbiota, biofilm…

So a lot of what you are seeing now is really coming from people who have only a few months of experience with this subject matter, even if they have years of experience in ancillary subjects like medicine or vaccines or health care or similar. They act like they are experts in a field they never, in fact, studied, and have very little experience in.

Think about that for a second. This whole thing really started in February. Since then, how many “experts” or “researchers” have popped up on the internet with “expert opinions” and “facts” about this entire “pandemic”? Seemingly at every corner.

Yet, there are actually very, very few people in the world who study this aspect of microbiology. It is just not that widely studied. Very few, if any, have brought up mold infection, aspergillus, clostridia, parasites like Amoeba, the DNA similarities between viruses, and so forth…and these sorts of topics are where the truth of infectious disease lies. These same people have blindly accepted the existence of a “new virus” without once vetting the process or the lab used to “discover” this new virus. Has anyone ever wondered why there weren’t 100 or 1000 labs, using the exact same process, confirming the discovery of this “new virus”? Has anyone even asked that question?

I certainly have not heard anyone ask that.

Has anyone stopped to think that perhaps certain afflictions that were lumped under “respiratory illnesses” for years and years are now being called “COVID19”? The one that immediately comes to mind is Mold Infection of the lungs, or Aspergilosis, which we are told “is very rare”, and I can tell you from my own work that it is NOT rare. Aspergilosis causes the exact same Necrotic Pneumonia that is being called “a tell tale symptoms of COVID 19”. Yet, this pneumonia condition has been reported for many, many years, and is the direct result of a mold infection in the lungs, not a viral infection. It has simply been ignored because for some reason, the medical establishment simply never took mold infections seriously. Well, now they are, but they are calling it a “new virus” that seems to do all the exact same things to a human host that mold does. These people are even saying that this “virus” is causing toe fungus, like Athletes Foot. No. Fungus causes Toe Fungus.

Some say that this is a cover for vaccine damage, and I think there is some truth to that. But this is also working with the assumption that there is a “virus” that is causing these “issues”. We cannot confirm the existence of this virus, scientifically, so there can’t be vaccine damage from the “virus” in a particular vaccine, especially if the vaccine itself doesn’t actually contain a virus. If we remove the “COV” from the equation, then any vaccine would be totally worthless, and even pro-vaccine people would tell you that it makes no sense to vaccinate for a virus that doesn’t exist, and it could possibly just make people sicker. We also know that the Flu Shot can give people influenza-like illneses (ILI), as a “side effect” of the shot itself. This then leads to the prophylactic use of flu vaccine being completely unnecessary and how the damage from that vaccine is now starting to come to light, and how perhaps “respiratory diseases” as we define them are, in fact, influenza vaccine damage. But again, few people study this area of microbiology. So, instead of calling it what it really is, influenza-like illness caused by influenza vaccinations, large subsections of what used to be called “respiratory diseases” are now being categorized, erroneously, as “COVID19” diseases. This is an utter twisting of logic and a statistical slight-of-hand.

There are other contagions that are just being ignored or are being lumped into this new “virus” category, such as the diarrhea-causing pathogen C Difficile. There have been reports that “nCOV” (or “SARS-Cov-2”) was also causing a sort of watery-type diarrhea in 30% of patients (give or take). Yet, one of the treatments of COVID was the use of antibiotics to deal with “secondary infections” (a shotgun approach that is so biologically erroneous I can’t even discus it here), which in turn can lead “C Diff” infection, as per the Mayo Clinic’s website: “When you take an antibiotic to treat an infection, these drugs tend to destroy some of the normal, helpful bacteria in addition to the bacteria causing the infection. Without enough healthy bacteria to keep it in check, C. difficile can quickly grow out of control.”

By giving people antibiotics for a “presumed” viral infection, you are giving them, in reality, C Diff infection. Remember that Clostridia species like C Difficile are “commensal” bacteria in the human gut. We all have it. But it is known as an “opportunistic” organism and once it gains a foothold, it can grow out of control and cause infectious symptoms like, you guessed it, diarrhea. In fact, the C Difficile is one of the most contagious of all human pathogens, as it produces spores that can live on surfaces for extreme periods of time and travel great distances through the air (sounds familiar, eh?) just like mold spores can. C Diff produces a toxin called 4-Cresol that has immuno-suppressant capabilities and also has a profound effect on mental health. In the US, C Diff infects over 500,000 reported new cases a year, and leads to an average of 29,000 deaths. Every Year. That’s half a million new cases a year, and yet, why aren’t we locked down and quarantined? EVERYONE has this pathogen in their guts right now, and, can easily spread it to anyone else, and immuno-compromised people can get very ill, while some people will just get a case of the runs. The biggest reasons why we don’t get locked down for C Diff is that it is largely just ignored by the medical community, not a “new” discovery that opportunistic scientists can stamp their name on, and has never been over-hyped by a “parasitic” media that simply spreads information that it deems “worthy of broadcast”. C Diff infection is pretty dangerous…but, we are clearly not afraid of it at all, and it is entirely possible that deaths attributed to COVID can very likely fall under this category of pathogen, especially if that patient was over treated with antimicrobials and antibacterials.

This is my area of expertise. I actually do this sort of work daily, and I have been trained by some of the few people who work in this aspect of microbiology from a “functional” standpoint. Meaning, “what is really going [biologically] on and how to deal with it [biologically]”. The people who spend the most time commenting about this, from a biological or scientific standpoint, leave out a large portion, if not all, of what I just mentioned. They simply lack the experience to see the bigger, more accurate picture. Rarely do we see any discussions about any of this, and few even question if this virus truly “exists”. We are seeing a statistical “borrowing” from various case reports of other illnesses and conditions that are not being attributed to “COVID”, and we are seeing a new focus on already known conditions that were previously ignored but are now “COVID19” in order to “validate” this viral pathogen. And, on top of all of this, the “pandemic” may in fact have been a purely political one…

Dont forget to keep checking back on https://www.druglessfunctionalmedicine.com on a regular basis!