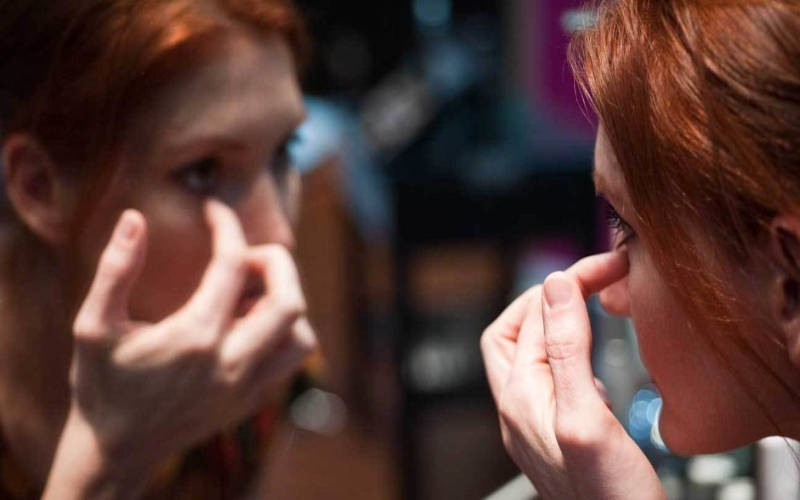 In most cases, people are deficient in multiple nutrients. You have no idea, because you’ve been told the wrong information, constantly, every day, for your entire life. The media and the medical institutions are complicit in this dissemination of wrong information. You’ve been told over and over that you do not need high amounts of most nutrients, and it has been implied that living with functional nutrient deficiency is perfectly normal and accepted.

For instance, the daily recommendation for human Vitamin C intake is 60mg a day. 60. For a 3 pound guinea pig the vitamin C recommendation is 240mg/day. Do the math. The same can be said about magnesium, vitamin D, Vitamin E, all the b-vitamins, and many minerals. The “recommendations” and “daily limits” suggested by government and quasi-government organizations for nutrients are absolutely unscientific and not consistent with actual biological fact.

Deficiency disease still exists, but in a different form than the historically recognized kind: chronic deficiency. The idea that widespread, chronic nutrient deficiency doesn’t exist is yet another biological lie that we have been told by the mainstream institutions of our time. While we are told time and again that specific nutrient deficiencies are not related to health conditions, we can clearly see that, for example, Vitamin D deficiency is a strong predictor for Multiple Sclerosis and Diabetes, or that Vitamin C deficiency is a very strong risk factor for contracting infectious diseases, or that very low levels of iodine predispose to thyroid problems. However, we are told that nutrients like these are readily available in food, that our food is “good enough” and that we need not use supplements or nutritional therapy, and we should just rely on our established medical industry to keep us healthy.

The ironic part of this notion is that most vitamin D, Vitamin C, and iodine (for example) that people consume already comes in a supplement form. Vitamin D is added to Milk and Vitamin C is added to orange juice, the two most abundant sources of these nutrients in the American diet. Iodine is added to table salt while niacin (B3), thiamine (B1), and riboflavin (B2) are all added to refined cereal and bread products, while popular breakfast cereals have added minerals and vitamins that do not occur naturally in the cereal product itself. The supplementation of basic staple foods such as cereals, breads, orange juice, and milk has effectively ended what the world knew as acute “deficiency diseases” like Pellagra, beri beri, scurvy, and rickets, yet it did not end chronic or occult (hidden) deficiency diseases, which are seemingly too numerous to note here. We are just repeatedly told that as long as we are not dropping dead in the streets from deficiency diseases like scurvy or pellagra, then we are getting enough of the basic nutrients from our food and don’t need to supplement. Nothing can be further from the truth, because the entire general food supply in America is in fact, supplemented already, which is a sign that, no, our food supply is not enough and that supplementation is indeed needed.

So, most of the actual nutrition that Americans are getting is in the form of supplementation. Even people eating an organic diet need supplementation of certain nutrients, regardless of their health status or dietary intake. Vitamin C, for instance, is needed in large amounts due to the natural chemistry of the human body. The general orthomolecular recommendation is 2,000mg/day, preferably divided and spread out throughout the day. The half life of vitamin C (the amount of time it takes for 50% of the vitamin to be used up) in the body, on average is about 2-4 hrs, depending on health status. In order to keep blood levels of vitamin C up and to meet the orthomolecular minimum, a person would have to consume 24 medium sized fresh picked organic Florida Navel Oranges a day. 24. And 2 grams is the minimum, because the actual amount for an individual could vary greatly. It is an anomaly of human chemistry that no known diet can provide all the necessary nutrients in the relative amounts needed. Dr Irwin Stone knew this in the 1950s and stated that everyone on the planet is deficient in Vitamin C, a term which he called “hypoascorbemia” (chronic low ascorbic acid). And even if someone doesn’t have acute scurvy, it still doesn’t mean that person is unaffected by the ravages of subclinical chronic vitamin C deficiency. The only way to combat this phenomenon is through supplementation.

You aren’t told any of this. You are told to just obey the TV and the news, that they know what is best for you, that they will always give you the truth and the hard facts. But we know that there is nothing factual about what they are saying, and we have known for decades. We know that the flu vaccine does next to nothing, and that the CDC admits that the effectiveness is somewhere around 20%, while Linus Pauling said in 1971 that proper vitamin C intake is more effective in staving off Influenza than the vaccine. We know that you are more apt to die prematurely from low cholesterol than you are from elevated levels of cholesterol, and that low cholesterol is linked to suicidal ideation. We also know that mental health and mental illness are directly influenced by something called the gut-brain axis, where the microbial environment in the gut has a profound effect on mood, behavior, and attention. The list goes on and on, but this is all well known information that has been around for quite some time, yet the media and the establishment medical community continue to push factually inaccurate information with the intention of manipulating people’s decisions. They expect you to blindly accept and blindly follow, and many people do, in spite of the glaring misinformation. The media narrative has made many people afraid of actual biochemical nutrition while pushing the populace into accepting very real and very harmful pharmaceutical alternatives.

The reality of this is that chemistry and biology, or biochemistry, is the solution, not the problem. The over medicating of the populace is killing this society to the point where life expectancy is lower for the next generation than it was for the previous, the first time in over 100 years in the US. The medical system has failed in not only keeping people alive, but in improving the quality of life of the vast majority of the people. The media and the world governments play a huge role in the blame, and their involvement only steepens the knowledge gap of the general population. When people are taking to the streets to legalize the “medical” use of certain recreational substances while electing politicians that create legislation to ban nutritional supplements, limit access to functional testing, and demonize and criminalize natural medicine practitioners, you know we have a very, very serious problem.

It is time to start taking nutritional biochemistry seriously, and it is time to accept that deficiency disease is a very real, very important problem that can no longer be ignored. We need to broaden our definition of “deficiency” disease. What if we started looking at various health conditions and diseases as if they were diseases of deficiency? What if we looked at hypertension as if it was a deficiency of various minerals like magnesium and potassium, or hypercholestoremia as a niacin deficiency? What if many mental health conditions were looked at as being a deficiency in the multiple b-vitamins? What if leukemia and various other types of cancer were approached as extreme deficiencies in vitamin C?

What if we correct chemistry instead of ignore it? Would our outcomes in health care and the general wellness of the population improve?

Be sure to keep checking back on Drugless Functional Medicine on a reuglar basis!