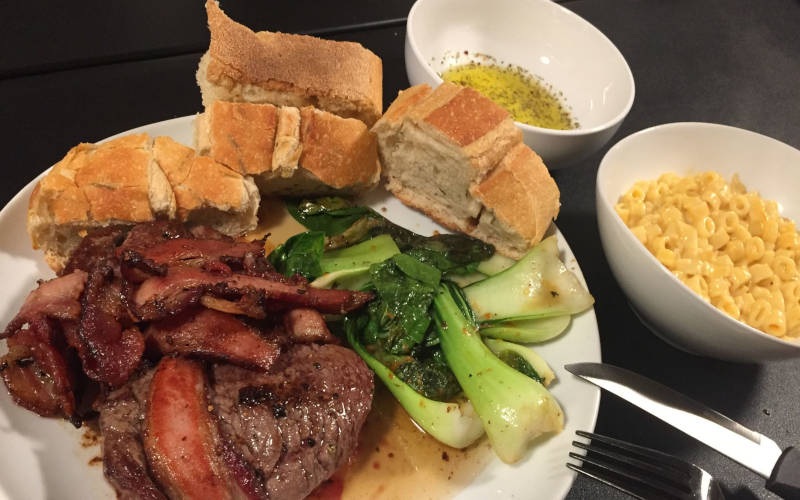 Ask your doctor a question:

“How or why does increased sucrose increase or cause insulin resistance?”

10/10 times they will dance around the answer, fumble their words, or throw this theory and that theory at you, but will ultimately not give you a sufficient answer.

The reason is that they have no idea how an increased presence of sucrose causes insulin resistance. And they reason they have no idea is that no one has any idea why this happens or how it happens. They just know that it happens but can’t explain why. They just have a bunch of theories that are more wheel-spinners than anything, with no further movement in explaining why this happens or the biochemical mechanism in which it does.

Sucrose needs to be broken down by an enzyme called Sucrase (sucrose alpha-glucosidase). When sucrose is not broken down effectively into its constituents glucose and fructose, it will build up in the blood or tissue can cause a variety of problems to the host. If present in large amounts, sugar generally causes a thickening of the blood and intracellular fluids. A functional scientific problem arises due to the grouping of all sugars in the same category, erroneously making glucose and sucrose of the same ilk. They are very different, and require different enzymes to break each down. Sucrose is a bigger molecule and requires different enzymes to break down. However, sucrose seems to be a preferred food supply for yeasts such as Candida Albicans.

Candida produces a substance called Arabinose, a type of sugar. But this sugar is not metabolized by the body and is a known neuro and biological toxin. But it does something else: it blocks the function of the sucrase enzyme, preventing it from breaking down sucrose to glucose and fructose. This process assures that Candida will have a readily available supply of food. Sucrose is more effective in supporting the growth of yeast than other sugars, however the mechanism as to how is still unclear. So, based on this, it makes sense for the organism to inhibit the enzyme that breaks down sucrose by producing Arabinose to block it.

By blocking the breakdown of sucrose, an environment of insulin resistance is created. Again, the reasons for this are not 100% clear. No one really knows or understands why elevated sucrose causes cells to become resistant to insulin. It is a mystery, as stated above, that is explained away by specious and erroneous theories. The most logical explanation, and the one that makes most sense, is that a higher concentration of sucrose can do several things: 1) it increases intracellular and serum fluid viscosity, reducing insulin motility; 2) Sucrose actually binds to insulin but “weighs it down” so much to the point where the insulin transport molecule cannot get into cells. It is just too big and heavy; and 3) it perpetuates a viscous cycle where it increases the presence of sucrose, which feeds Candida, which leads to an increase in the production of Arabinose.

This is virtually uncharted territory in the scientific community at this time. Few are making any connection at all between Candida, Arabinose, sucrose, and insulin resistance.

It is because Insulin is the transport mechanism for Vitamin C (ascorbic acid), as it brings vitamin C into cells. Vitamin C and glucose are very similar molecules, so insulin is used to bring both into cells. When insulin is not working right as a result of insulin resistance, then Vitamin C can’t get into cells and will be shunted to the kidneys to be processed and excreted. This also minimizes the contact the yeast has with ascorbic acid. There is evidence that Candida is killed by the presence of ascorbic acid, and I have seen this clinically myself using IV-C. This would explain the relationship between high or rising levels of Arabinose and paradoxically high levels of vitamin C found in urine organic acid test reports. It is because Arabinose blocks the uptake of vitamin C by “clogging” the insulin transport mechanism through the inhibition of the sucrose enzyme, causing sucrose to remain present as both a food and an inducer of insulin resistance. In turn, tissue and cellular levels of vitamin C would remain lower or the uptake into cells would be less efficient. This might also influence serum levels of C as well, as the presence of Arabinose could force the excretion of C through feces, and may have a profound influence on bowel tolerance, causing a “false intolerance”, leading to a lowered GI absorption. This could also explain why certain agents, such as olive leaf extract and many bioflavanoids, improve C uptake into tissue and increase its presence in serum: they are anti-fungal and anti-yeast.

The incorporation of an anti-yeast protocol with high amounts of vitamin C orally and/or intravenously can create a new “positive” cycle to counter act the Candida’s behavior. By eradicating the yeast by using anti-microbials, it allows for an increased uptake of vitamin C, which in turn increases the biological availability of C, and subsequently reduces Candida (and other pathogens) growth because Ascorbic Acid is an outstanding anti-fungal in its own right, and in turn then increases the availability of C for more bodily and immune functions. It should also be noted that sucrose is the only dietary sugar that can be converted to sticky glucans, a prime substance to allow Candida and other pathogens to adhere to tissue. It is entirely possible that Candida behaves in this manner by producing Arabinose to block sucrase from breaking down sucrose not to increase a potential food supply, but in the formation of biofilm. The biofilm further protects the organism’s colonies from exposure to vitamin C.

Perhaps the methodology used for explaining insulin resistance is incorrect. There are too many inconsistencies in the theoretical nature of these explanations to make any sense. However, the influence of Candida Albicans and possibly other yeasts and molds is compelling. We know several truths that can disrupt and negate the conventional hypotheses regarding insulin resistance:

1) Diabetics and those diagnosed with blood sugar imbalances respond favorably to anti-fungal treatments. Their blood sugar numbers improve, often with a negligible change in overall carbohydrate consumption. The type of carbohydrate (sugar) seems to have the most profound influence, while conflicting reports state “it makes no difference; sugar is sugar”, but we can see that this is not the case.

4) If Candida cannot adhere to tissue, then it cannot produce biofilm, making it more susceptible to antifungals like vitamin C, as well as the immune system defenses, and inhibiting its ability to produce Arabinose in order to inhibit sucrose, and in turn decreasing the risk for insulin resistance.

5) Many herbal antifungal treatments such as Berberine are notorious for regulating blood sugar. It is well known in the herbal community that the active agent in Goldenseal known as Berberine has tremendous blood sugar benefits. The mechanism as to how it does this has been rather unclear for many years, yet the explanation that fits could be that Berberine has this blood sugar benefit because it can eradicate yeasts like Candida, and possibly penetrate biofilm, killing the parent colonies. Other antifungals such as the aforementioned Olive Leaf extract have been reported as being extremely useful as “adjunct blood sugar regulators” for those with diabetes. After further exploration and examination, it would seem that all well-known anti-fungal botanicals would have a concurrent blood sugar benefit. While reports are conflicting, sodium bicarbonate has been used for many years for controlling blood sugar, and it is also known as a powerful antifungal. The relationship between botanicals and other therapies that are known as antifungals and blood sugar control is compelling. The clinical evidence to support this phenomenon may have been overlooked and taken for granted.

For more great articles be sure to keep checking back on https://www.druglessfunctionalmedicine.com on a regular basis