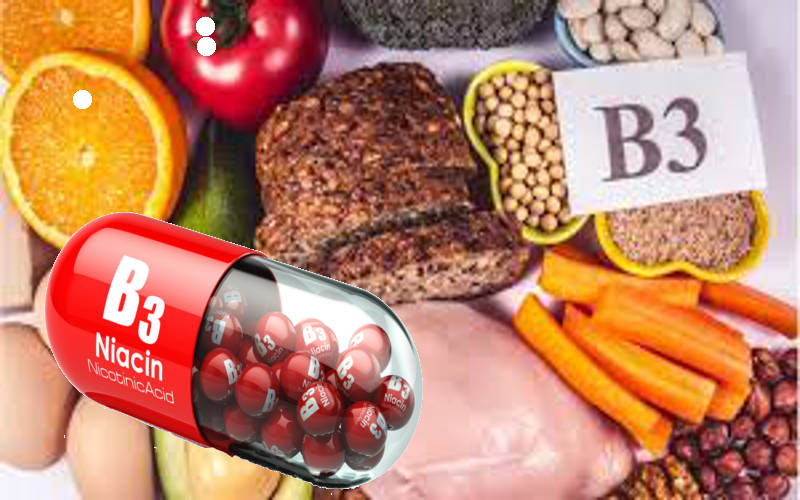 Niacin is one of the most important nutrients.  It is commonly known as “vitamin B3” and comes in several different forms.

Vitamin B3 is involved in over 500 different chemical reactions in the body, and is actively involved in the production of energy on a cellular level.  Throughout history, deficiency of vitamin B3 manifested in a disease called pellagra.  Since the US fortifies many foods with small amounts of B3, this sinister disease is all but a distant memory in our society.

Vitamin B3 in its basic Niacin form, also known as nicotinic acid, has a reputation of having a profound effect on cholesterol levels, lowering cholesterol to normal levels in many people who take it.  Niacin never lowers cholesterol to below normal levels.  This is because Niacin slightly dilates capillaries (tiny blood vessels) and the vascular system, which allows red blood cells to transport cholesterol to the liver more efficiently for processing.  It works mechanically, and not chemically, to reduce and normalize cholesterol levels.

However, because of this effect, Niacin produces something called “the Niacin Flush” when you first start taking it.  It produces a “warming” sensation on the skin, with tingling or itchiness, and the skin usually turns red.  This is not dangerous or life threatening and it is not a “side effect” so much as it is a natural result of the vitamin doing what it is supposed to do.  It is very common.  While at first it feels unusual, after a couple of days of taking niacin the flush sensation goes away but the benefit of the vitamin remains.  Taking Niacin with food or meals, and taking the same amount at the same times each day helps alleviate the flush and prevents it from returning.

Niacin is a unique and extremely important nutrient, but one should know exactly what to expect from taking it.

Different types of Vitamin B3:

Niacin:  AKA Nicotinic Acid; needed by over 500 chemical reactions in the body; causes flush when first taken; reduces cholesterol to normal levels

Niacinamide:  Non-flush; used in higher doses to assist with mental health, stress; prevents the dumping of fats in the blood during stress; does not affect cholesterol.

Timed release or sustained release niacin: pure niacin in a capsule or tablet form that releases slowly into the blood, reducing the chance for the flush

Inositol Hexanicotinate:  Niacin molecule bound to Inositol; used as a timed release form of niacin that does not produce a flush; same activity and benefit of niacin, but with a slightly reduced or slowed cholesterol activity; added benefit of inositol for stress and mental health.

Before purchasing or taking Niacin it is strongly recommended that you schedule a free 15 minute consult with Dr Michael Joseph, DNM, PhD, to discuss if this niacin supplement is right for you, and how to use it properly.  He is an expert on Niacin and not only uses it with his patients, but also uses it personally with great results.

Be sure to keep checking back back on Drugless Functional Medicine regularly for more great articles!